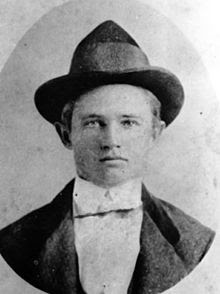 Reuben Houston Burrow (December 11, 1855 – October 9, 1890), better known as Rube Burrow, was a nationally infamous train-robber and outlaw in the Southern and Southwestern United States. During the final years of the American frontier, he became one of the most hunted in the Old West since Jesse James. From 1886 to 1890, he and his gang robbed express trains in Alabama, Arkansas, Louisiana, the Indian Territory and Texas while pursued by hundreds of lawmen throughout the southern half of the United States, including the Pinkerton National Detective Agency.
MORE
Posted by wirecutter