I got an email the other night from Steve and somewhere down the line he mentioned being shot with a 12 gauge loaded with birdshot at close range and how devastating it was.
Then he sent pictures and the story. Holy shit.
Story first:

Thats my left shoulder. Story is: my son in law and I were at the range, and he HAD to have me shoot his AK47. Now, I believe they should be allowed under the 2A, but i like my .22, .410, and LOVE my .12 GA due to its versatility of rounds.  SO. While I shot his AK47 (which WAS pretty cool) he went through some shells on my shotgun, going from slugs to birdshot, to see what each round could do. The wives called and told us boys it was time to come home, and I pulled the clip and emptied the chamber, and loaded his AK in the trunk, noticing my shotgun was already stored.   When I got home late that evening, I grabbed the shotgun to take it out, and the trigger caught on the jack handle. Result: BIG BOOM. and a birdshot round litterally REMOVED my shoulder socket, shattered the bone halfway down to the elbow, and left the inside of my shoulder blade looking like baby swiss....
Lessons known:
1. treat every gun as loaded
2. an unloaded gun is a worthless gun
3. always transport your weapon empty unless you even THINK you may need it
Lessons learned:
1. my son in law is an idiot
2. even an ex-marine doesn't necessarily know what he's doing (which I should have realized 2 years ago when he shot his left finger off with a .45 pistol
3. put the fucking gun in a CASE or lock the trigger and
4. just because someone is NOW a cop, don't mean shit. (actually I DID know that, this just confirmed it!)

Now for the graphic pictures: 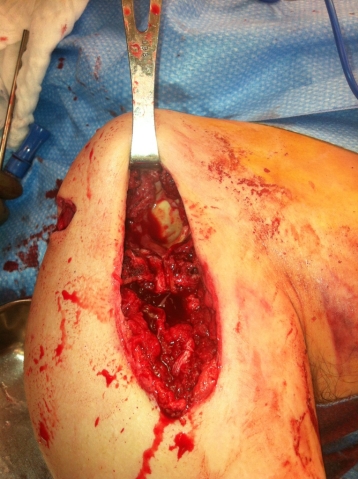 1. After irrigation to clean the area 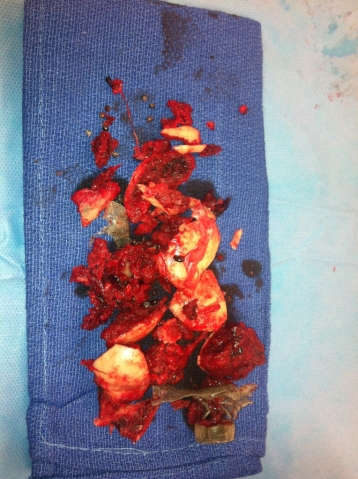 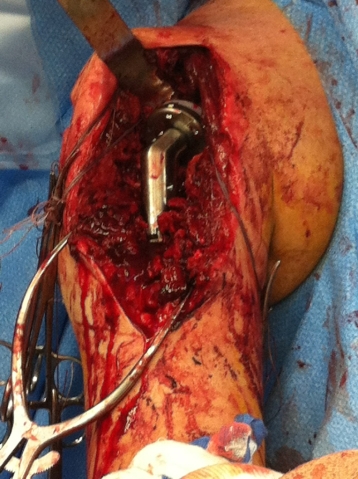 3. what they replaced it wif 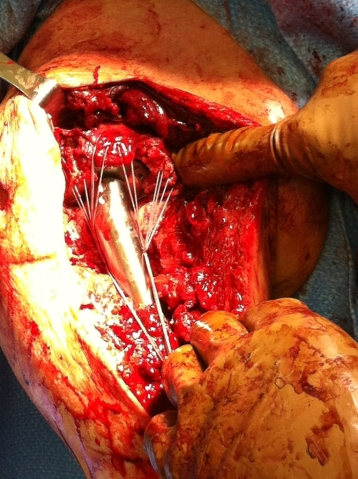 4. hooking it all together, or what there is left to hook up anyway.

And finally, the end result: 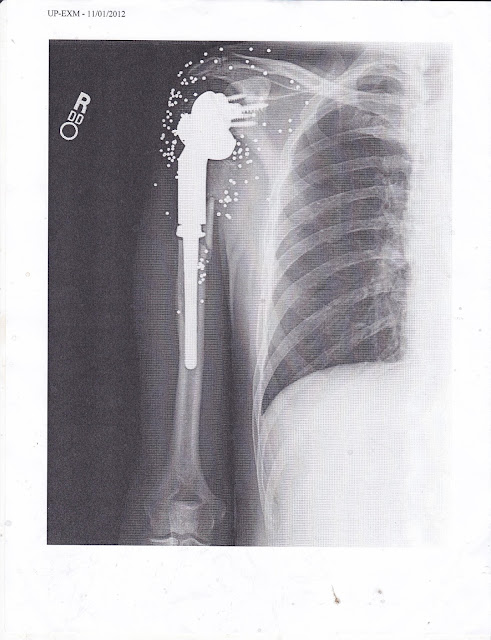 Email ThisBlogThis!Share to TwitterShare to FacebookShare to Pinterest
Labels: Guns