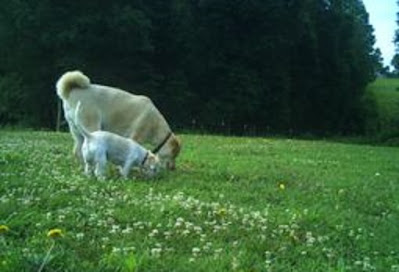 I put my little girl dog Legal Lucy down this morning.
It was about a month ago she began having seizures and I took her in to the vet's office where they prescribed phenobarbital to control them, which it did wonderfully. Not only that, but her activity level shot up to where it was 5 years ago, and I did a post about that then.
The day after I posted that, the very next day, she started getting lazy again. No big deal, she's an older dog and she's earned the right to be lazy, but I started keeping a close eye on her.
She began to sleep more and more and she got to where she just didn't show much interest in anything. She didn't even want to get off the porch for our morning walk, and when I picked her up and carried her into the yard so she could do her morning business, she had difficulty climbing the 3 steps back up - very weak and shaky.
Then earlier this week, she quit eating. Now it wasn't at all unusual for her to turn her nose up to her food occasionally, but she always ate at the next feeding. This was different - she quit eating entirely.
Three days ago I had an appointment for her so Doc could check the phenobarbital levels in her blood and I told him about her loss of appetite, and he gave me an appetite stimulant. It didn't help. Sure, the first night she nibbled at some chicken in her bowl, but then she walked away from it after a couple mouthfuls. Last night, she ate for the first time in 5 days and promptly threw up what little she did eat.
Then this morning when we got up, she started looking for a dark, quiet corner. This is not good. I've seen it before.
When the Vet's office opened this morning I called and made her final appointment. She wasn't in pain and she wasn't showing any outward signs of distress, but I'm not one to keep an animal alive for my sake - she needs to enjoy life, which she wasn't doing. I could see that in her eyes, normally full of life and mischief but lately just kinda dull.
She spent her last 5-6 hours in mine or Lisa's lap getting petted and loved on and being told what a great dog she was.
At 11 this morning, I had her in the office, me holding her head and whispering sweet nothings to her as Doc slipped the needle in. She took it calmly and I swear that as she was fading out, she smiled at me.
She had a good run though. She had been diagnosed with kidney failure and Doc told me then she probably wouldn't last another 3 months, and that was almost 3 years ago. She was a fighter, a tough little dog.
I've been through this I don't know how many times before, but this was the hardest one for me. I managed to hold my emotions inside so as not to distress her, but when it was done and Doc left me alone with her for a few minutes, I shed more than a few tears for her. As good of a dog as she was, she earned and deserved that.
I had her cremated and I should get her ashes back early next week. Some of them I'll spread along her favorite places on the property, the rest will go into the box that holds CharlieGodammit's ashes. They were best buds anyway.
I'm sorry if this post sounds so stilted, but somehow I'm just not in the mood to write and I'm not seeing much humor in anything. I'll be taking the next couple days off between this and a couple other things I have going on, but I'll be back Monday. 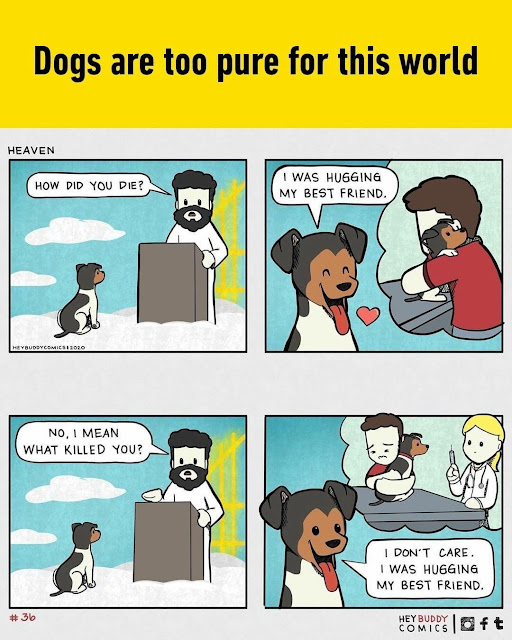