Okay, my day probably woulda went a whole lot better if somebody, just one motherfucker, had told me that my shirt was buttoned up one hole off.
Just one motherfucker at Memorial Hospital, Sierra Gun Corporation, Arby's, Big 5 sporting goods shop, Subway, Bass Pro, Thrift shop, Doc's Barbecue, Savemart, Hometown Buffet and Fat John's Liquors could've said something. Is that too much to ask?
Just one motherfucker????
Posted by wirecutter 10 comments:

They rolled Ed back into surgery earlier tonight. He's been having some serious bleeding that they can't control. I didn't go back to the hospital. I had beer to drink and besides, Predator Quest was on the TV.
I'm not tripping - Ed's such a mean little motherfucker that he's not going to let a something like a bypass slow him down.
He'll be back shooting, fishing, and telling whoppers within a month.
Posted by wirecutter 1 comment:

Got a call from Mom yesterday right at quitting time telling me that Uncle Ed (Pop's baby brother) was having emergency heart surgery today. I guess he was supposed to have a stent put in but when he saw his doc for the pre-op, he was told that they had just upped the ante and hospitalized him immediately.
I took the day off today to do the waiting game with the family at the hospital - my favorite thing to do, sitting in a little cold-ass waiting room with a bunch of motherfuckers that don't like me any more than I like them.
But Ed had his bypass and came through just fine. And nobody shot anybody in the waiting room.

I got up this morning and got to thinking that Pops had a quadruple bypass a couple of years back when he was 67 and Ed's having the same thing done at 60. It appears that heart disease runs in the family, wouldn't you think?
What the fuck am I going to do?
I'll tell you what I did. I fried up a pound of bacon, a couple of eggs in bacon grease, fried some potatoes and had me a hell of a breakfast. Then I tucked a chew in and went to the cardiac ward.
Can't scare me, motherfuckers.
Posted by wirecutter 9 comments:

And he is an expert?

WASHINGTON – President Barack Obama snapped back at Sarah Palin and her criticisms about his nuclear defense policy, calling the former Alaska governor "not much of an expert on nuclear issues."
Obama's comments came when asked for a response about a Palin critique that he was like a kid poised for a playground fight who said 'Go ahead, punch me in the face and I'm not going to retaliate. Go ahead and do what you want to with me."
"I really have no response," Obama told ABC News. "Because last I checked, Sarah Palin's not much of an expert on nuclear issues."

UPDATE:
Palin then shot back Friday during a speech to the Southern Republican Leadership Conference in New Orleans with a reference to Obama's early career choice. Mocking the president, she dismissed "all the vast nuclear experience that he acquired as a community organizer."
Posted by wirecutter 3 comments: 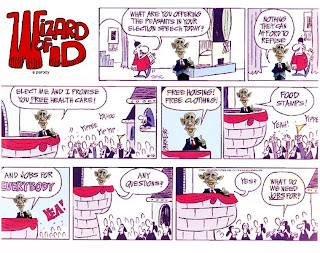 Thanks, Woody
Posted by wirecutter 2 comments: 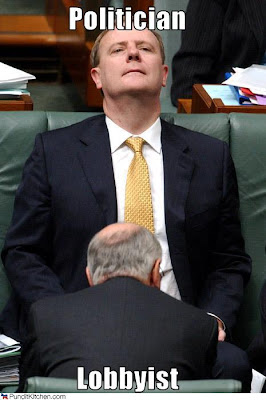 Thanks, Yolo
Posted by wirecutter No comments:

For the past year or so it's gotten to where I prefer a platter of flour tortillas with my beans instead of cornbread.
I'm sorry.
Posted by wirecutter 4 comments:

Email ThisBlogThis!Share to TwitterShare to FacebookShare to Pinterest
Links to this post
Labels: Strange but true, WTF?

The week before my vacation the weather was great. The days were clear and calm with temperatures up into the mid 70s.
I go on vacation and the temps dropped to the high 50s - low 60s, it rained 4 days, and the wind was gusting. Shitty fishing and shooting weather, to say the least.
This week when I go back to work, the weather is supposed to be clear, temps back up to the 70s.......
Posted by wirecutter 7 comments:

It was Saturday afternoon with absolutely nothing to do except yard work and we all know how I feel about that.
I put down my book and wandered over to the window. Hmmm, no wind. Looks like it's time to finally zero my 22-250.
I loaded up and headed out to Willie and Debbie's place. There's a spot out there that's got a huge pile of walnut trees where the landlord took out a couple acres of orchard. That would serve as a fine backstop, and there was over a hundred yards of open field beyond that to shoot from. On the other side of the tree pile is the creek with a high bank, no houses beyond that.
I pulled up and parked. Debbie came wandering out with her morning coffee in her hand a goat kid on her heels. Straight-up White Trash, God Bless Her.
"Hey Sis, you mind if I grab a zero real quick? Shouldn't take more than 10 minutes or so."
"No, go right ahead. You gonna hunt when you're done?"
We visited for a few minutes, then she went in to shower and get ready for work.
I set up my target, paced off a hundred yards, marked the spot then went and got my truck. I laid up in the bed, rested my forestock on my bags and commenced to shooting. Three groups later I had my zero and a very nice group that measured just a hair under an inch. Then I set up on the ground and fired a group from the bipod that went about an inch and a half. I was pretty impressed with that rifle. I was hoping for something like that but damned sure wasn't expecting it.
I headed back to the house and shot the shit with Debbie and her daughter Hillary while I let the property cool down. There's always gunfire and bird cannons going off and these coyotes are farm coyotes so they're used to man, but it was still an hour and a half before sunset and I didn't think they'd be moving yet.
A little while later I went out and found a spot up the slope from the creek not too far from where I had zeroed, crawled into a tractor rut and made myself as comfortable as I could. Then I started giggling to myself - this is a hell of a way to spend a Saturday evening. In a rut and a wet one at that. Oh well.
It was still awhile til sunset, but I did a couple of calls, then gave it a rest. Then I caught movement out of the corner off my eye. Not 75 yards away, here comes a young coyote trotting along with his head up his ass. I don't think he was responding to my call by the way he was acting, he just had someplace else to be and was headed there.
I was like a 10 year old kid with buck fever. When should I pick up the gun? Bipod or freehand? Do I even have a fucking round in the chamber?
Fuck that shit. I snatched the rifle, woofed to stop him and then smoked his ass. He started to move forward just as I shot, but he went down, thrashed, then went over the bank.
By the time I got there, he had drug himself into the worlds' thickest patch of blackberry thicket. I poked around for a minute and finally spotted part of him about 15 feet in. I chucked a rock at him to see if he moved, but he was finished.
I wanted that coyote bad but there was no way in hell I was going to rip up my clothes and skin just to retrieve vermin with a fleabitten hide.
Debbie was waiting for me at the truck with a big grin and a cold beer. "Did you nail that fucker, Kenny?"
Damn, that beer tasted good. It turned out to be a great Saturday night after all.
Posted by wirecutter No comments: