Why you should never stand behind a cow 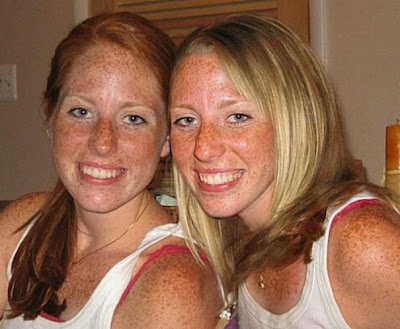 Yeah. What he said.

This letter sent to Tennessee Senator Bill First from a retired border patrol agent, and it has more common sense than all the bull being spewed from the Senate, with the exception of a few sensible representatives.

#1. Illegal aliens generally do NOT want US citizenship. Americans are very vain thinking that everybody in the world wants to be a US citizen. Mexicans, and other nationalities want to remain citizens of their home countries while obtaining the benefits offered by the United States such as employment, medical care, instate tuition, government subsidized housing and free education for their offspring. Their main attraction is employment and their loyalty usually remains at home. They want benefits earned and subsidized by middle class Americans. What illegal aliens want are benefits of American residence without paying the price.

#3. Every person who illegally entered this nation left a home. They are NOT homeless and they are NOT Americans. Some left jobs in their home countries. They come to send money to their real home as evidenced by the more than 20 billion dollars sent out of the country each year by illegal aliens. These illegal aliens knowingly and willfully entered this nation in violation of the law and therefore assumed the risk of detection and deportation. Those who brought their alien children assumed the responsibility and risk on behalf of their children.

#4. Illegal aliens are NOT critical to the economy. Illegal aliens constitute less than 5% of the workforce. However, they reduce wages and benefits for lawful US residents.

#5. This is NOT an immigrant nation. There are 280 million native born Americans. While it is true that this nation was settled and founded by immigrants (legal immigrants), it is also true that there is not a nation on this planet that was not settled by immigrants at one time or another.

#6. The United States is welcoming to legal immigrants. Illegal aliens are not immigrants by definition. The US accepts more lawful immigrants every year than the rest of the world combined.

#7. There is no such thing as the "Hispanic vote." Hispanics are white, brown, black and every shade in between. Hispanics are Republicans, Democrats, Anarchists, Communists, Marxists and Independents. The so-called "Hispanic vote" is a myth. Pandering to illegal aliens to get the Hispanic vote is a dead end.

#8. Mexico is NOT a friend of the United States. Since 1848 Mexicans have resented the United States. During World War I Mexico allowed German Spies to operate freely in Mexico to spy on the US. During World War II Mexico allowed the Axis powers to spy on the US from Mexico. During the Cold War Mexico allowed spies hostile to the US to operate freely. The attack on the Twin Towers in 2001 was cheered and applauded all across Mexico. Today Mexican school children are taught that the US stole California, Arizona, New Mexico and Texas. If you don't believe it, check out some Mexican textbooks written for their school children.

#9. Although some illegal aliens enter this country for a better life, there are 6 billion people on this planet. At least 1 billion of those live on less than one dollar a day. If wanting a better life is a valid excuse to break the law and sneak into America, then let's allow those one billion to come to America and we'll turn the USA into a Third World nation overnight. Besides, there are 280 million native born Americans who want a better life. I'll bet Bill Gates and Donald Trump want a better life. When will the USA lifeboat be full? Since when is wanting a better life a good reason to trash another nation?

#10. There is a labor shortage in this country. This is a lie. There are hundreds of thousands, if not millions, of American housewives, senior citizens, students, unemployed and underemployed who would gladly take jobs at a decent wage.

#11. It is racist to want secure borders. What is racist about wanting secure borders and a secure America? What is racist about not wanting people to sneak into America and steal benefits we have set aside for legal aliens, senior citizens, children and other legal residents? What is it about race that entitles people to violate our laws, steal identities, and take the American Dream without paying the price? For about four decades American politicians have refused to secure our borders and look after the welfare of middle class Americans. These politicians have been of both parties. A huge debt to American society has resulted. This debt will be satisfied and the interest will be high. There has already been riots in the streets by illegal aliens and their supporters. There will be more. You, as a politician, have a choice to offend the illegal aliens who have stolen into this country and demanded the rights afforded to US citizens or to offend those of us who are stakeholders in this country. The interest will be steep either way. There will be civil unrest. There will be a reckoning. Do you have the courage to do what is right for America? Or, will you bow to the wants and needs of those who don't even have the right to remain here? There will be a reckoning.
It will come in November of this year. We will not allow America to be stolen by third world agitators and thieves.

Okay, check this shit out.
It was 107 today and I just got home after a 10 hour stint in the warehouse with a serious case of Monkey Butt - you know, when your ass is all red and swollen like a baboons' ass.
When you're a baby, it's called diaper rash, when you're an adult, it's Red Ass or Monkey Butt. You know the symptoms: Your ass is sweaty, it's red, it burns, and you're walking all spraddle-legged. You drive home with your zipper down hoping for some relief.
That's some fucked up shit.
But don't despair. Your ol' buddy Wirecutter has a cure.
First, take a hot shower and wash your nasty butt. Then turn off the hot water, turn around and bend over and let that cold motherfucking water run down your butt crack. That'll close the pores faster than my door when the Mormons knock.
Then rub in some diaper rash cream. Use whatever you want, but the one I use is Boudreaux's Butt Paste. I use it for 2 reasons. #1, it works wonders and #2, you gotta love the name.
Okay. I hope this helps. And can you name another blog that you can find shit like this?
Posted by wirecutter 3 comments:

SALT LAKE CITY -- A list containing the names and personal information of 1,300 people an anonymous group contends are illegal immigrants has been mailed around Utah, terrifying the state's Hispanic community.

Republican Gov. Gary Herbert wrote in a tweet Tuesday that he has asked state agencies to investigate the list -- sent anonymously to several media outlets, and law enforcement and state agencies. A letter accompanying the list demands that those on it be deported immediately.
Most of the names on the list are of Hispanic origin. The list also contains highly detailed personal information such as Social Security numbers, birth dates, workplaces, addresses and phone numbers. Names of children are included, along with due dates of pregnant women on the list.
"My phone has been ringing nonstop since this morning with people finding out they're on the list," said Tony Yapias, former director of the Utah Office of Hispanic Affairs. "They're feeling terrorized. They're very scared."
The list's release comes as several conservative Utah lawmakers consider sponsoring a tough new illegal immigration law similar to the one passed recently in Arizona.
Arizona's law, which takes effect July 29, directs police enforcing other laws to ask about a suspect's immigration status if there is reason to believe the person is in the United States illegally.
Herbert has said a new immigration law likely will be passed when lawmakers convene in January, although he said it may be different from Arizona's. Herbert spokeswoman Angie Welling was traveling back from Washington, D.C., Tuesday and could not immediately be reached for comment.
The letter included a long recipient list, including newspapers, broadcast outlets, The Associated Press, law enforcement and state agencies, various Utah officials, and the Immigration and Customs Enforcement office in Salt Lake City. The letters began arriving in mailboxes in recent days.
Dave Lewis, communication director for the state Department of Workforce Services, said his agency didn't receive a copy of the list from the governor's office until late Tuesday.
"We've got some people in our technology department looking at it right now," he said. "It's a high priority. We want to figure out the how's and why's."
He said his agency is one of several with access to the information included in the list.
The letter says some names on the list were sent to the ICE office in Salt Lake City in April. It says the new list includes new names, for a total of more than 1,300.
Included with the new letter is one dated April 4 addressed to "Customs and Immigration" and from "Concerned Citizens of the United States."
In the April letter, the writers say their group "observes these individuals in our neighborhoods, driving on our streets, working in our stores, attending our schools and entering our public welfare buildings."
"We then spend the time and effort needed to gather information along with legal Mexican nationals who infiltrate their social networks and help us obtain the necessary information we need to add them to our list," the letter says.
A phone message left for the on-duty ICE spokesman was not immediately returned.
-http://www.foxnews.com/
Posted by wirecutter 3 comments:

Oh, you HAVE to check this blog out!

Man, this lady tells it like it is! She made my "Politically Incorrect" blogroll......
Posted by wirecutter 2 comments: 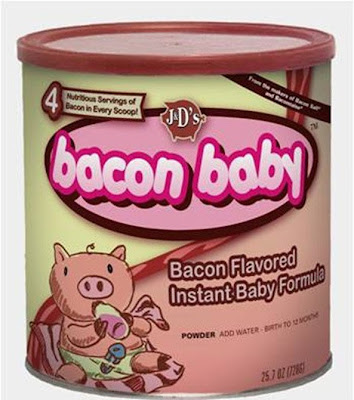 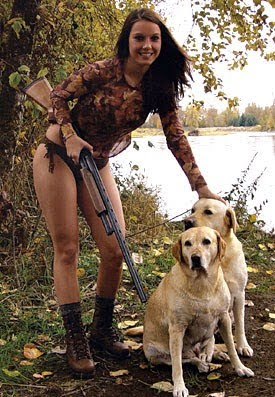 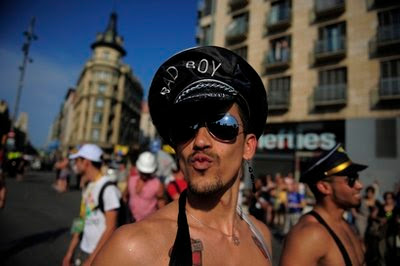 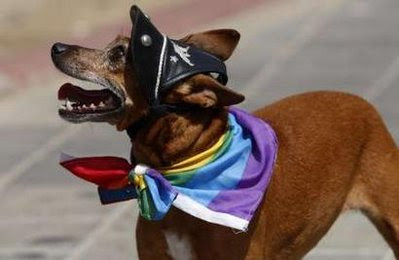 Another "Aw fuck" moment in time 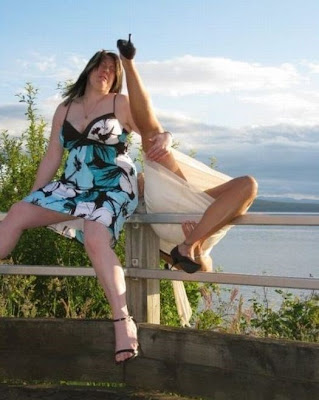 Life at a Texas stock tank 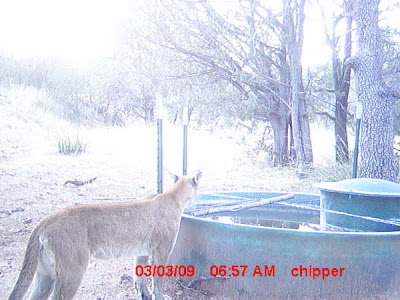 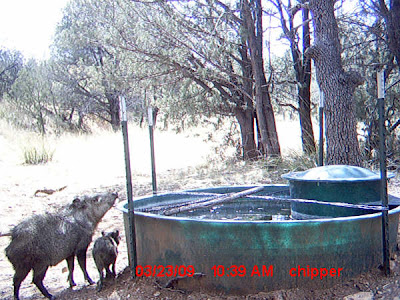 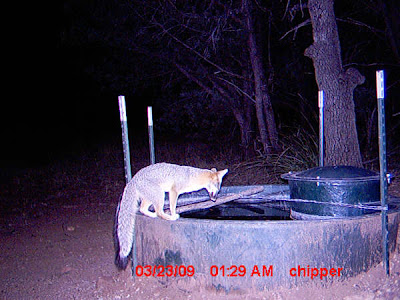 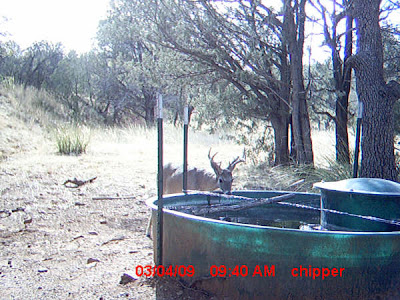 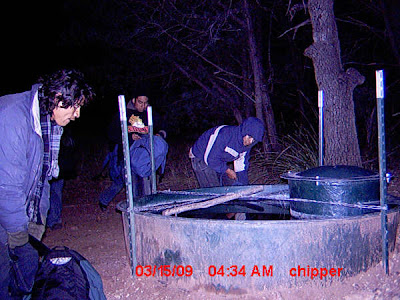