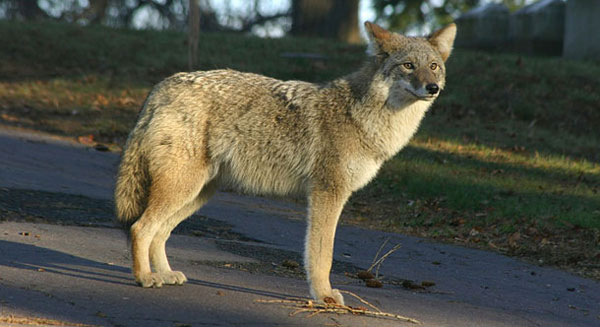 King George County officials have made it clear that it’s fine to shoot coyotes, even with high-powered rifles that aren’t allowed during hunting season.
State game officials also encourage residents to shoot any coyote that wanders into their gun sights. The wild canines aren’t native to Virginia, and they can pose a threat to smaller game animals, such as rabbits, squirrels and wild turkeys, as well as livestock and even pets.
“If you can shoot a coyote, by all means, do it, as long as it’s a safe and ethical shot,” said Mike Dye, a district wildlife biologist with the Virginia Department of Game and Inland Fisheries.
“We have no problems with it, absolutely not.”
The growing population—or colonization, as Dye puts it—of coyotes in the Fredericksburg region has been discussed numerous times in recent years. The animals are native to the West, but started showing up in Virginia counties in the 1980s and seemingly have spread throughout the state.
SOURCE
Thanks to Skidmark for this shining star of a story during these dark political times.
Posted by wirecutter

Email ThisBlogThis!Share to TwitterShare to FacebookShare to Pinterest
Labels: Coyotes