Damn. I forgot it was Earth Day.

So in the spirit of things, here's a post about the California Tire Fires. 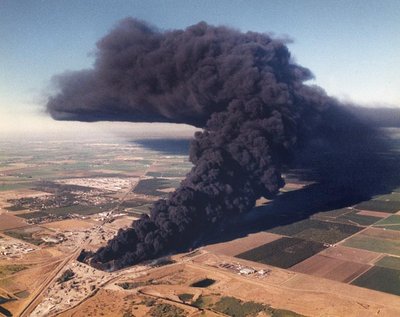 See where that big ass plume of smoke takes a left turn? Right below that is where the warehouse that I work at is located. It burned for quite a while, about 2 years but eventually burned itself out.

And then a little over a year later while this one was still smoldering, another 7,000,000 of them motherfuckers burned when a lightning strike ignited them back in 1999 near Westley, just a few miles to the south.
They had been collecting since the 1950s when this guy named Ed Filbin started piling them up in a canyon on his property thinking that someday they'd be worth big bucks.
(You can read the whole chronology of that story HERE)

Let me tell you what, it took a fucking year after they were out to get the smell out of my nose.
It took damned near forever for them to get the Westley fire under control - melted burning rubber was running under other stacks, igniting them and so on. You can see in the video below the area is in the hills, nothing but grasslands and is pretty much inaccessible - there ain't no fucking roads and damned little water in the area which ain't the best thing to fight a rubber fire with anyways, but them thar hills were fucking dry, man. We hadn't seen a drop of rain in months and months, so basically all they did was contain it. The fucking county and state finally hire out the job to some outfit out of Texas about a week later and it takes them about 3 weeks to put it out, biting off one chunk at a time and foaming it.


Here's a photo showing what they had to deal with: 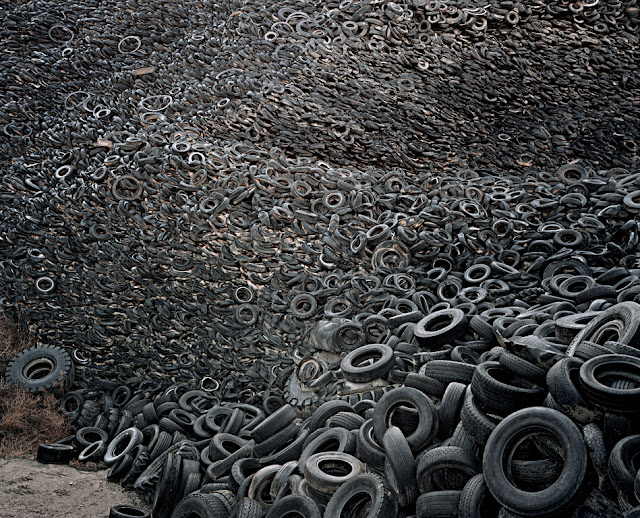 Yeah, so anyways when they finally got that fucker put out, not only did millions of tons of particulate matter get spewed into the air (and our lungs) but the fucking ground underneath was ruined for good. All those chemicals just soaked into the ground.

Email ThisBlogThis!Share to TwitterShare to FacebookShare to Pinterest
Labels: California