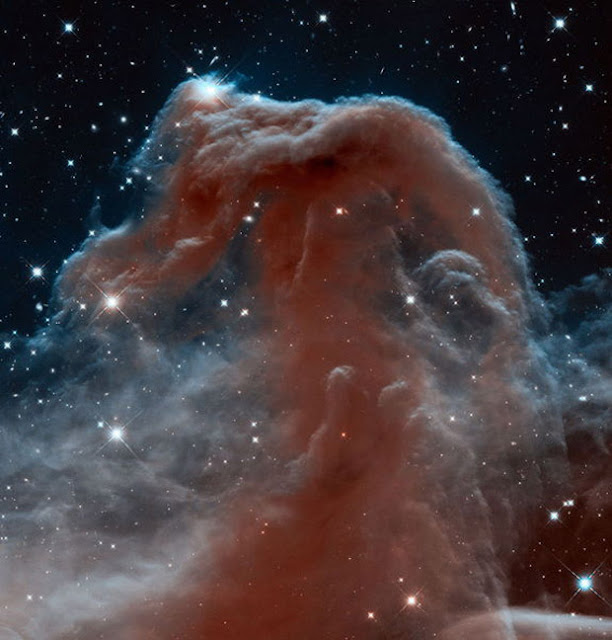 NASA's Hubble Space Telescope has snapped a spectacular new image of an iconic nebula to celebrate its 23 years of peering deep into the heavens.
The Hubble observatory, which launched on April 24, 1990, captured theHorsehead Nebula in infrared light, peering through obscuring veils of dust to reveal the object's hidden features.
"The result is a rather ethereal and fragile-looking structure, made of delicate folds of gas -- very different to the nebula's appearance in visible light," mission officials wrote in an image description today (April 19). The new observations allowed astronomers to create a dazzling video of the Horsehead Nebula based on Hubble's photos.
MORE
Posted by wirecutter

There are some truly wondrous objects out in the universe.

OT, but tomorrow, April 22 is Earth Day. I plan on "celebrating" by leaving all my lights on all day long, firing up the charcoal grill, adding some wet wood chips to the charcoal, and searing muscle tissue of old dead cows, and taking a long, needless drive. Unfortunately, I don't have any tires to burn or anything like that.
So, how are y'all gonna "celebrate" Earth Day?