I generally lay off coyote hunting in the fall due to deer season, both archery and general rifle seasons, for a couple of reasons:
#1 Just because I don't hunt deer doesn't mean that I'm going to blow another hunters' only shot on his only trip that year. Fuck it, I can hunt coyotes anytime I feel the urge but deer season in D6 runs 6 short weeks and I can give the woods and mountains to the other guys for a while. That ain't no big deal. Then for rifle season there's the most important reason, #2 If you think I'm going to be in the woods dressed like a fucking tree with a bunch of guys that pick up their guns once a year and shoot at anything that moves, you're out of your rabbit-ass mind.
Fuck that.

So the last time I went was back in August, I think. I went to an area I knew was thick with coyotes north of the town of Bridgeport in eastern California along the Masonic road, about 3 and 1/2 hours from the house. Just over the hill, ya know?
Now I knew this area well from about 25-30 years ago when I used to hunt and document old mining sites and towns. But as soon as I got off the main road about a mile, I got disoriented. The Forestry Service had re-done the road and moved it further north a mile or so taking a fairly straight road and turning it into a twisting, turning washboard of a mess. Fuck it, I had a full tank of gas, my rifle, git kit and a full spare tire. I was going to end up wherever I ended up and I was pretty sure I could keep myself entertained when I got there.
I shouldn't have worried. I came around a bend and spotted the Chemung Mine and mill ruins. 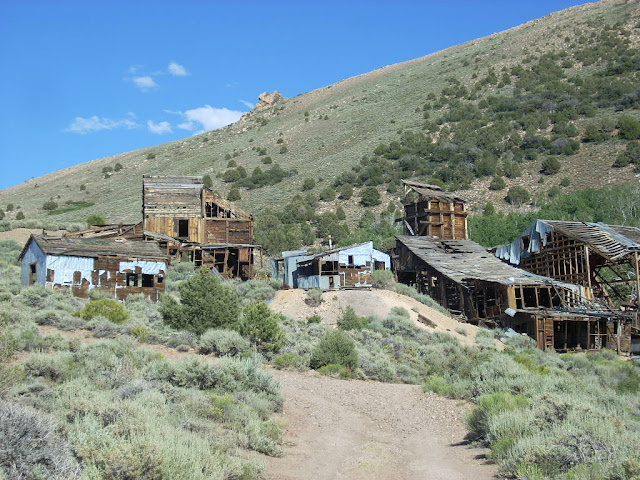 I went on around the mill and headed on down the road. Later, I backtracked and hunted the flats about a half mile south of this mill.
But it was too late to hunt the prime spots for the morning hunt and way too early for the evening shoot, so I headed on down the road to visit an old friend - the ghost town of Masonic. 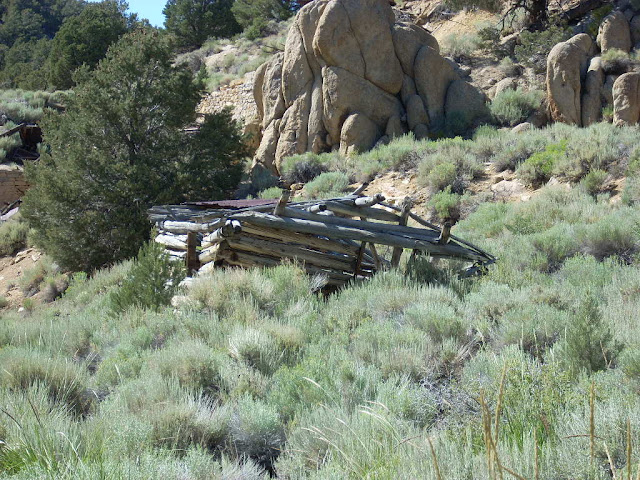 This cabin used to be the post office according to Emil Billeb's Mining Camp Days. According to my measurements, the cabin was only about 6 feet tall at the peak and 4 feet at the corners. Must've been a bunch of real short fuckers back then. 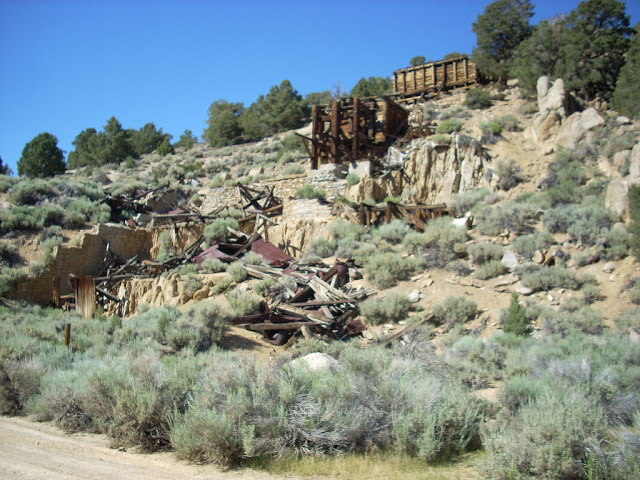 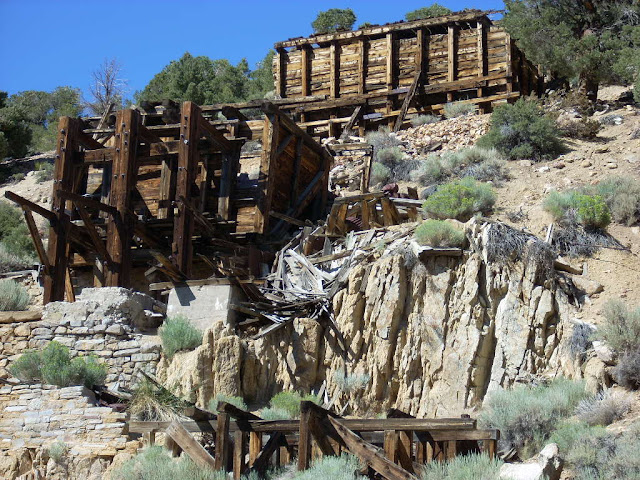 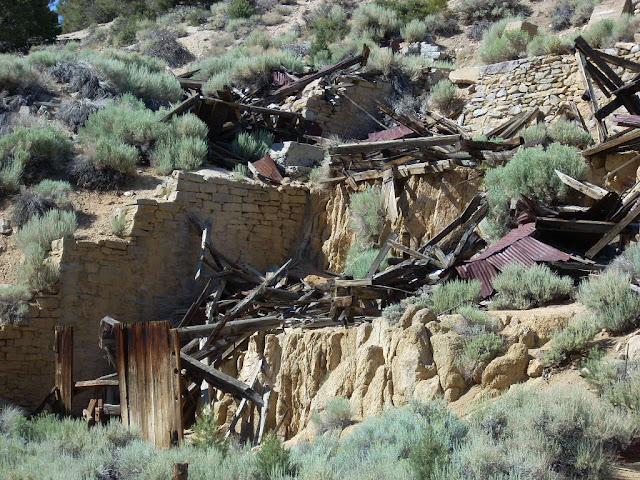 The mill ruins directly above the cabin you just saw. These mills, either stamp or ball mills, pulverized the ore after it was run through the rock crusher. KIND OF A NOISY OPERATION, HEH? And these fucking mills ran 24 hours a day, 7 days a week.
Once the rock was reduced to dust it went down a shaker table to be mixed with mercury and later, cyanide which is what this mill must've used because of all the empty barrels laying around.
The mill was built on a hillside because everything was gravity fed - it's a lot easier to move rock downhill than it is to push that shit on a level surface.
The rockcrushers, the first step in the operation were above and behind the large wooden bins still visible at the tops of the ruins. From there, shit flowed downhill.
The ore came by tram from a couple of mines, The Pittsburgh Liberty and the Jump Up Joe. The mine below is the Pittsburgh Liberty. 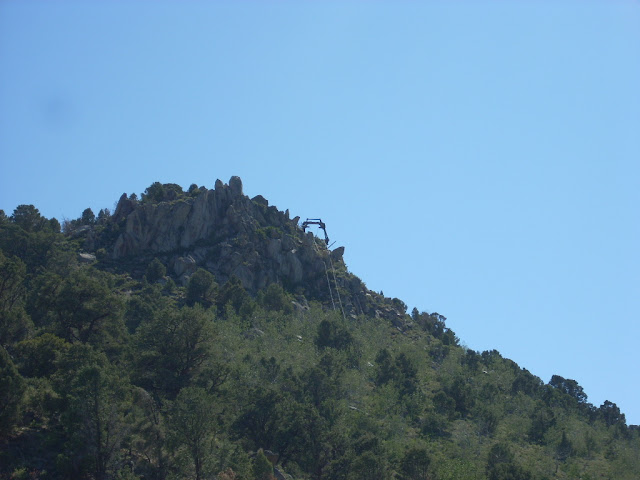 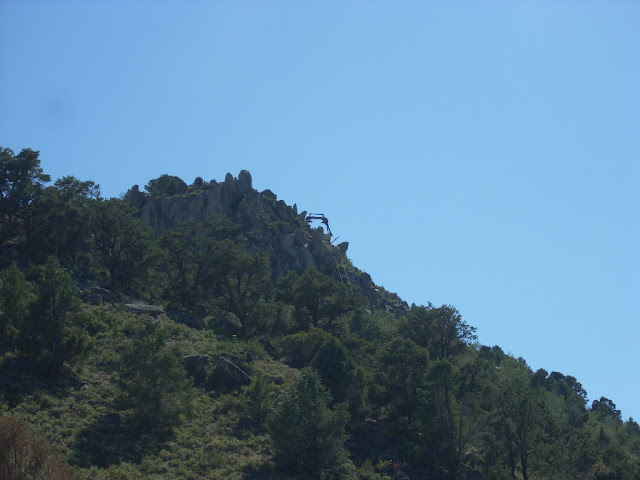 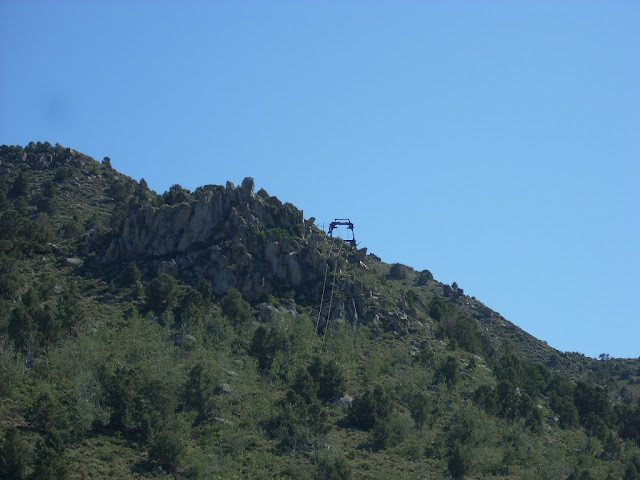 The mining district was formed in the 1860s but lay pretty much idle until Bodie boomed in the 70s. After that boom went bust a few years later, prospectors got busy and discovered gold in outlying areas like Masonic, Big Boy and other small camps. Masonic only boomed for a couple of years in 1910-12 but it's mines were fucked from the beginning - All around Masonic gold ore is found in veins and ledges and can be followed by drifting a shaft until it peters out. In Masonic, it's pocket gold - You'll hit a rich strike and think you're onto something huge, but suddenly it's all gone. It's not connected to another source. You can't drift a shaft if you don't know where to bore. Fucked by Mother Nature again. 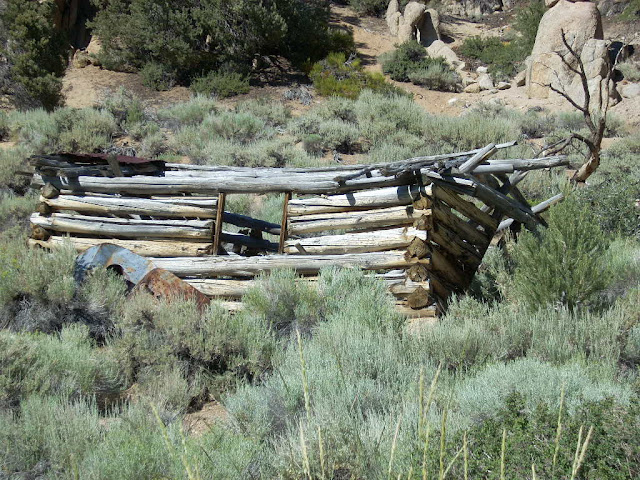 Here's another shot of the post office. Below are other assorted structures decaying a little more with each cold-ass winter. 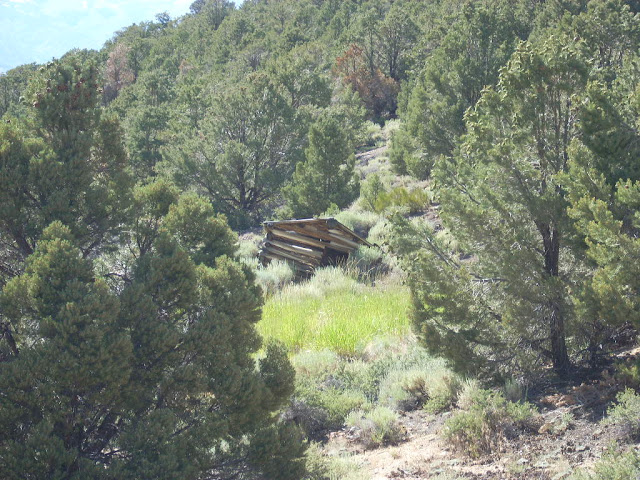 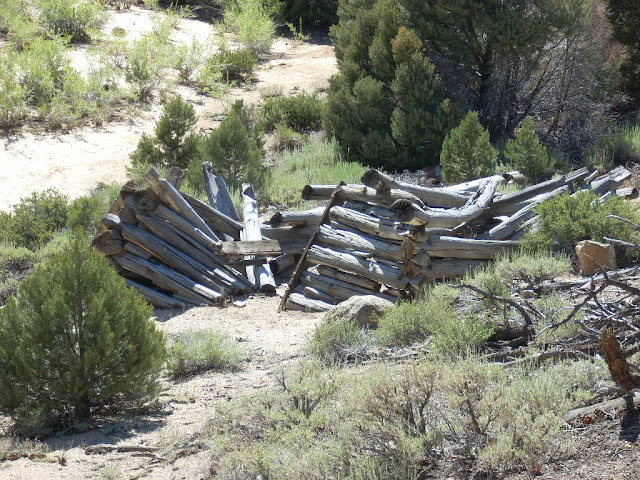 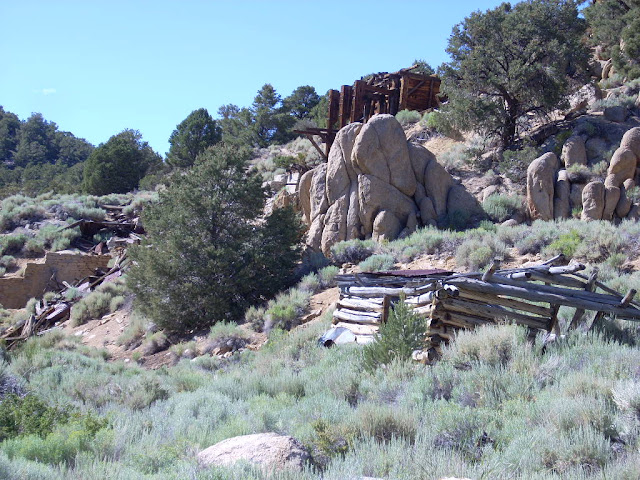 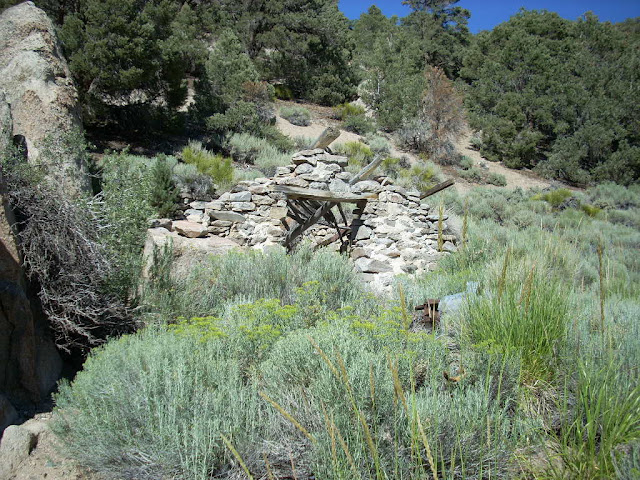 I spent a lot of time in that area back in the late 80s and got to know it pretty well, reading up on the area as much as I could.
So it was nice to wander around and get reacquainted. It's remote enough that it hasn't been destroyed by souvenir hunters so it really was like going back 25 years.
The coyote hunting? Sucked like I figured it would. Mid-summer doldrums.
Those dogs were flat out fucking call-shy. I could see them circling waaaaay out but they never came closer than 500 yards, about 200 yards beyond my personal limits.
Then after the winds kicked up after dark, I said fuck it, threw my gear in my truck and came home to snuggle up in my jammies.
Posted by wirecutter