Well, here we are back where I started from 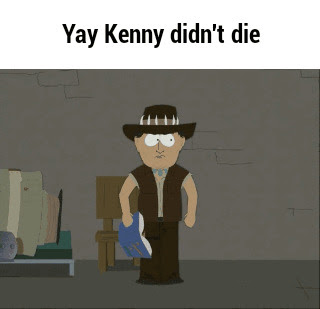 I started this blog back in 2008 and ran it here for 5 years before going to Wordpress for reasons I can't recall. It probably doesn't matter though - they've had 7 years to fix whatever it was that pissed me off.

I really had no intentions of posting here anymore but thanks to GoDaddy, I don't have much of a choice for now. You folks have been good to me and I really enjoy interacting with you - I was afraid that if I didn't do something I was going to lose all that, so I came back to blogspot.

I've been looking for a new hosting service and I think I've found one but I've got to get GoDaddy to try to resurrect my blog first so that the new host can migrate it over, otherwise I'll lose everything I've written as far as my personal stories. I put a lot of work into those. But if they can't bring it back, I'll start from scratch and build a better blog. Fuck 'em.
When that does happen though, we'll go back to knuckledraggin.com but in the meantime, we're here. Think of it as a motel room while your home is being renovated. We may be here a week or we may be here a month, who knows?

In the meantime, there's going to be some changes here - not just sprucing the site up but also in the posting. I'm able to pre-schedule posts here so they'll start at midnight (my time) and one every hour or so until you get your usual 15 or 20.
Posting here is a little different than on a Wordpress platform so it's going to take me some time to get used to. For one thing I haven't figured out yet how to post 3 gifs, insert a 'More-below-the-fold' line, then add seven more. Maybe one of y'all can help me out.

As far as a blogroll goes, I pretty much dumped them all because 90% of them were dead links. If you run a blog or have one that you read on a regular basis, shoot me an email at k59lane@yahoo.com with the link and I'll add it in soon enough.

Again, I apologize for that other site fucking up but damn, there just wasn't a lot I could do about it. GoDaddy was saying it was a wordpress issue and Wordpress was saying it was a hosting issue. It did turn out that GoDaddy did fuck it up when they were migrating it back to Linux but that's all water under the bridge now. Like I said, I'll be looking for a new host.

And while I'm thinking about it I want to thank those bloggers who posted this URL on their sites and sent our mutual readers here. Thank you, Gentlemen. I appreciate you for that. Hopefully I won't have to do the same for you, but if there's anything I can do for y'all, just holler.

Thanks again for your patience and understanding.
Posted by wirecutter