Speaking from the East Room of the White House Wednesday afternoon, President Joe Biden re-introduced his extreme gun control agenda, advocating for a ban on modern sporting rifles and reminding lawful gun owners that the federal government has nuclear weapons.
"Those who say the blood of Patriots, you know, and all the stuff about how we’re gonna have to move against the government," Biden said. "If you think you need to have weapons to take on the government, you need F-15s and maybe some nuclear weapons."
MORE
-kubotadog
And you've got to check out Herschel's post on it for sure.
HERE 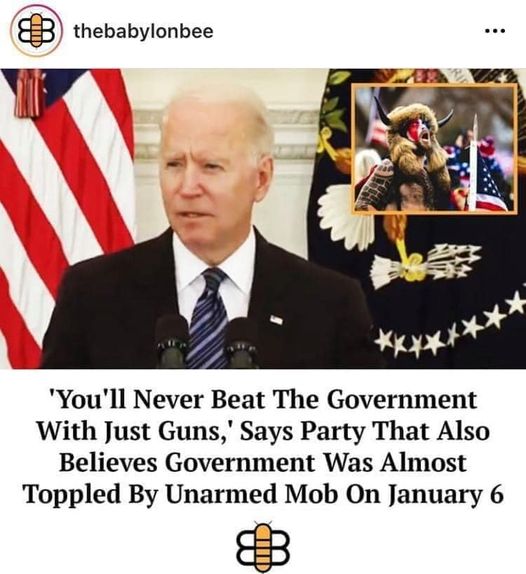