Yeah, I screwed up

Thanks to D. Hall for correcting me on one of my posts.
I thought I had Air Force One over a mosque, and it was pointed out that it was a Russian heavy lifter flying over an Orthodox Church.
I deleted the post.
Thanks again.
Posted by wirecutter No comments:

Okay, on TV tonight there were a couple of programs that I have got to comment on.
The first one was on polygamy. Now I seriously don't know what to say about this one other than this:
More than one wife? One guy had ELEVEN! Are you fucking nuts? How in the hell can a normal man even support more than one wife, much less eleven? And who would want to put themselves through PMS every damned day?
Man, I can't even handle one wife. I salute the men that can have somebody around every fucking night but I'm sorry, I tried it and I couldn't deal with it.

The second program was "Taboo" and they had a segment of men that preferred dolls over women. I'm talking silicone dolls that were lifelike. One of the men had 10 and said that he'd never been with a real women. Another had just one and had been with only 2 women and that was over 10 years ago.
All I got to say about this is:
Motherfuckers, you boys need to grow up and go stick your little dicks in a real woman. Even if she's ugly. Somebody soft and WARM. Seriously, try it. Even if you need to hire her.
My God. Dolls? Really?
The only thing those kind of dolls are good for is to lash them on top of your truck and drive around town to see how many accidents you can cause or how many people you can offend.
Dolls. Damn.......
Posted by wirecutter 2 comments: 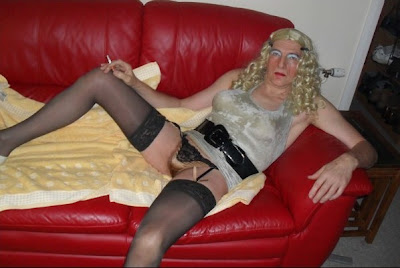 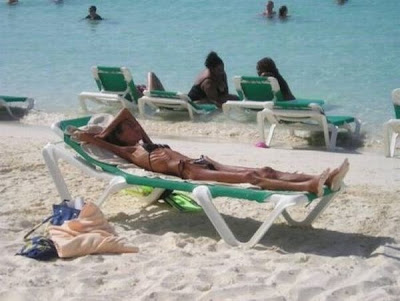 To pee or not to pee

TO PEE OR NOT TO PEE -- Words of wisdom from an unknown person:

Like most folks in this country, I have a job. I work, they pay me. I pay my taxes and the government distributes my taxes as it sees fit.

In order to get that paycheck, in my case, I am required to pass a random urine test (with which I have no problem).

What I do have a problem with is the distribution of my taxes to people who don't have to pass a urine test.

So, here is my question: Shouldn't one have to pass a urine test to get a welfare check because I have to pass one to earn it for them?

Can you imagine how much money each state would save if people had to pass a urine test to get a public assistance check?

I guess we could call the program "URINE OR YOU'RE OUT"!

Pass this along if you agree or simply delete if you don't. Hope you all will pass it along, though. Something has to change in this country - AND SOON!

P.S. Just a thought -- all politicians should have to pass a urine test too!

Hey, I'm not a big fan of random urine tests - I feel what I do in my off time is my business and yes, I am drug free - but having done a lot of work with my ex who was an advocate for the homeless here in Modesto, I know that the major reason for homelessness is drugs.
And considering that my state puts out a considerable amount of money through grants housing and feeding the homeless, I fail to see why anybody requiring public assistance of any kind isn't required to take a random drug test.
But then, we wouldn't want to violate anybody's right to sit on their ass now, would we?
Posted by wirecutter 1 comment:

My weekend (the best part, anyways)

It's true, I finally got the fuck out of Dodge this weekend and I actually had a great time.
A month or so ago I got an invitation to an Anti-Superbowl party from Lula (Random thoughts from inside the basket - see my blogroll) and Hubbs (hers, not mine. I ain't that way). Now I had met them last spring on a trip to the ghost town of Bodie and we've kept a daily email thing going since then but I was still a little nervous. I don't do new friends well. Hell, I don't do people well.
There wasn't any need for me to worry - I was the first one there so they welcomed me into their home, introduced me to Youngest and their Evil Cats, and gave me a beer.
Hubbs (hers, not mine. I ain't that way) made these ass-kicking bacon wrapped jalepenos and as soon as I had one I had a culinary orgasm. I mean, what an outrageous combination! They were soooooo fucking good, I don't know why in the hell I had never thought of it before,
We had a little time to chat and then the guests started showing up. The game was turned on, then everybody did something else. Lula and Youngest and their friends started playing games and me and Hubbs (hers, not - fuck this, you know the drill) headed out to the garage, him to smoke and me, because that's where the beer was.
We'd head back in every so often to eat pizza that Lula had made and bacon wrapped jalepenos and the fantastic stuffed mushrooms that Lula's friend Haley had brought, visit for a bit, then head back out to talk guns, cars and how bad Obama was fucking up.
At one point Hubbs noticed me grinning and asked what was so funny. Hey, I was just having a great time. I wasn't home, I was with friends, I was enjoying the hell out of the laughter coming from the house and everybody was speaking english.
So this went on all night and I do mean all fucking night, finally headed to bed and crashed hard.
The next morning when I finally got up and around, Lula had coffee and breakfast -I think she knew I liked bacon somehow - and tylenol for the headaches.
Me and Hubbs headed back out to the garage and got into some serious reloading. He'd been having some problems finding ammo for his Blackhawk chambered in 45 Colt, so when I got the invitation to come up I figured I'd help him out on that. I had powder and primers, he had cases and bullets, so about an hour and a half later, he was no longer out of ammo. Gun people helping out gun people, you know?
I left their place about 4:30, drove through a minor sleet storm over Donner Pass and made it home about 4 hours later.
I was so fucking beat when I got home I didn't even unload the truck. I left everything except my Copenhagen right where it sat, came in and ate, took a long hot shower and crashed.
I didn't realize how bad I needed to get away until I got back. I don't know if it's been the constant rain and fog, the fact that I had put Punkindog down last month, work kicking my ass or a combination of all three, but I have had a serious case of the blahs. This weekend pushed all that to the side - I really enjoyed myself.
Thanks Lula, Hubbs and Youngest. I appreciate it. You're good folks.
Posted by wirecutter 6 comments:

A new job created thanks to Obamessiah 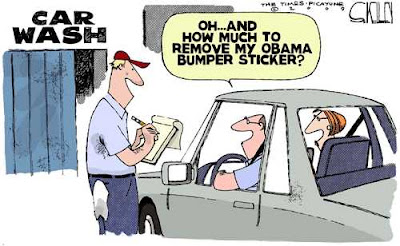 I'll have the Wirecutter Special 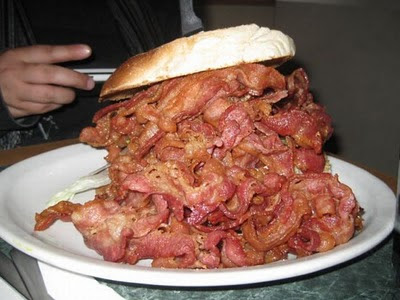 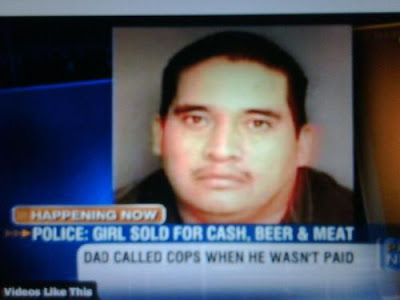 Hopefully it was bacon he was selling her for.
Posted by wirecutter 1 comment:

Somebody's crazier than I am...

It was a typical night at the old watering hole. Jim walked in, took his seat at the bar and ordered a tall one.
Then Jim told his buddy, Bill. "I called the local insane asylum yesterday to check on who has escaped from there recently."
Confused by his buddy's comment, Bill asked, "Oh? Why were you wondering about that?"
Jim explained, "Well, somebody married my ex-wife last week."